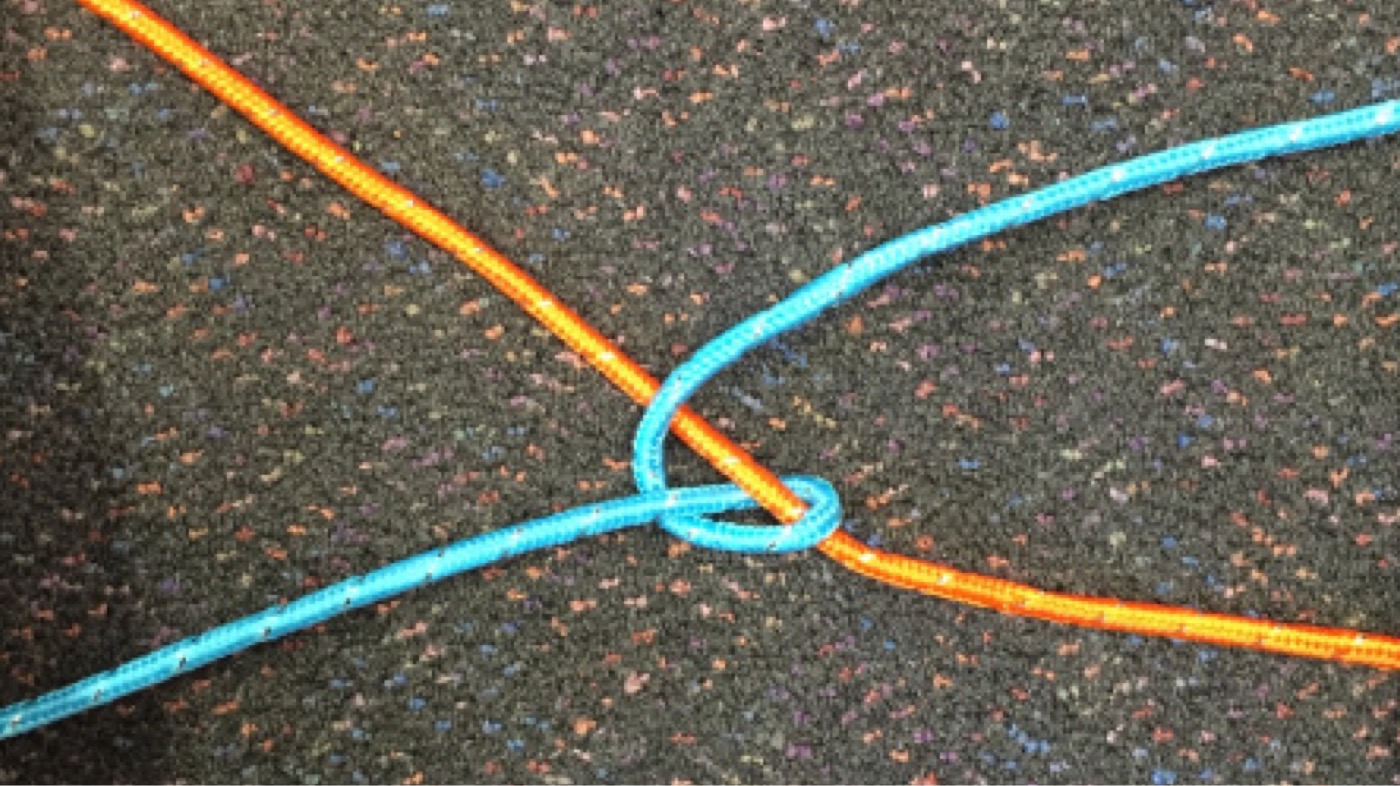 This is the seventh in a series of posts about my course ‘Developing Mathematical Thinking’, a maths content elective for pre-service teachers training in primary and middle maths. All posts in the series are here. WARNING: It’s a long post.

Edited to fix the confusion between × (multiply) and x (the letter).

I have been itching to try Conway’s Rational Tangles with a group of students. I first read about this problem a couple of years ago in Fawn Nguyen’s excellent post. It looked super interesting, but I was still somewhat confused with how it works (not to mention why it works). So I was excited to be in Fawn’s ‘Conway Tangles’ Math Micro-Session at the NCTM Annual Meeting in San Francisco this year, where it started to make some more sense.

This week I tried the activity with my #math1070 students. I waited until the last week of the course because: (1) now that we know each other better, I thought they’d tolerate me muddling through it, (2) their resilience and problem-solving skills for more challenging and ill-stated problems have increased. (Note that the ‘ill-stated’ part is my fault, not that of the problem!) I was upfront with them about how I was both excited and nervous about the session. It was a bit sketchy with the first group of students, but I was able to make some adjustments with the second group.

Below is a mash up of how I did it this week and how I would improve it in the future. This outline is based on Fawn’s write up, but I also pulled in ideas from Tom Davis’ thorough notes for a Maths Teacher Circle, along with the three-part outline from nrich maths: Twisting and Turning, More Twisting and Turning, All Tangled Up. We spent ~1.5 hours on the activity. Perhaps half of that was outside, with students doing it themselves.

Getting started: the rules

Have four volunteers come to the front. Each person holds the end of a rope so that the two ropes are horizontally parallel. This is the starting position. This state has a value of 0.

There are only two moves that can be made: TWIST (T) and ROTATE (R).

A TWIST is when the person at the bottom left moves under the orange rope to the top left, as shown below. This new state has a value of 1. We notate this as

. I tell the students that every time a TWIST operation is performed, the value of the ropes increases by 1. So, TWIST is +1.

A ROTATE is when every person moves clockwise to the next position, as shown below. (Note that this is from the starting position.) I say that I am not going to tell them the value of this new state.

I’m also not going to tell them what ROTATE does; that’s for them to figure out.

Our aim is to (in my words) ‘tangle the crap out of the ropes’ by performing any number of TWISTS and ROTATES and then work out how to untangle the ropes back to horizontally parallel (with value 0). But, remember that there are only two available moves: TWIST and ROTATE. ‘Untwist’ and ‘Unrotate’ are not possible moves.  (I wrote ‘aim’ because this isn’t the only goal, but it’s the one that students will initially want to work towards.)

A first go at experimenting with ROTATE

Before I let them loose with some ropes, we try a few more systematic experiments.

We reset the ropes to 0, and try ROTATE followed by ROTATE (RR). We discover that the ropes end up horizontally parallel again. That is,

. We decide not to ever do RR unless we want to waste energy. We test this further by resetting the ropes to 0, and trying TWIST followed by RR. As expected, we end at a state with value of 1. We summarise:

The other possibility after an initial rotate is to try a twist. So we reset the ropes to 0, and try ROTATE followed by TWIST (RT). This action is kind of strange; the ropes stay vertically parallel no matter how many twists we do:

There are already some interesting conclusions that we could come to as a group, but I decide (based on experience) that it might make more sense if everyone is participating instead of watching.

Trying it for themselves

Students get into groups of at least five: four on the ropes and at least one person recording the steps. I distribute the ropes ($1 each at Kmart; bargain!). We go outside. Maths classes in university are never held outside, so this is novel for all of us.

I suggest that to help answer Question 1 (What does ROTATE do?) we might want to break Question 2 down into further sub-questions.

Everyone starts with (2a), and works it out fairly quickly (15 minutes?). Their strategy to untangle is to always start with a ROTATE (otherwise we would be further tangling the rope), then to look at the ropes and ‘see’ what to do next. Eventually they write down how to get out of these positive integer states (T, TT, TTT, TTTT, …) and see a pattern. Try it for yourself! (Or look on page 5 of Tom Davis’ notes.)

In general, my students find it hard to conjecture what ROTATE does. I talk to each individual group in turn. To get them started, I write down something they’ve just done:

. We can work backwards from T to realise that a=-1.  We also realise that when we start with just twists, the value of the state keeps increasing from 0. OBSERVATION: To return back to 0, ROTATE must involve a negative somehow.

. This works!
We test it on one TWIST:

We predict what should happen with two TWISTS:

. To get this untangled, we should be able to do TT. We try it with the ropes. Groan as it doesn’t work. (Note that some students have already forgotten that they know how to get out of two twists, from (2a).)

There is more conjecturing about ROTATE. For example, some students try ROTATE is -2. Later in the class discussion we realise that ROTATE can’t involve just adding or subtracting as RR would take us further away from 0 (positive or negative), and we know that

. OBSERVATION: ROTATE must involve multiplication or division (or perhaps some other operation).

Most are still stuck. I ask them if they’ve done (2b) and untangled TTRTTTRT. If so, I tell them that the tangled state has value 3/5. OBSERVATION: ROTATE must involve a negative and fractions somehow. Some more cautious conjecturing eventuates.

If they are still stuck, I tell them that TTRTTR has value -2/3.

After working on it for ~45 minutes, some of them give up and demand the answer. I know there is more problem-solving work to come so I tell those that haven’t worked it out that ROTATE is ×(-1/a), where a is the previous state value.  To summarise:

Efficiently getting out of any tangle

I ask them to come up with a scheme to efficiently get out of any tangle. (Later we decide that we aren’t sure that it is the minimum number of moves, but it seems efficient.) It works a bit like this: Get as close to zero with a numerator of 1 and a positive denominator (like 1/m) then ROTATE. This leaves you with a negative integer, –m, and you can TWIST your way m times back to 0.

Back in the classroom as one group, we summarise what we discovered, and make a few more observations.

We talk about how this activity is suitable for a range of students and different areas of focus:

I reflect later how there is so much more depth in this activity than I had realised. I also realise that because it has so many different dimensions—physical manipulation, symbolic notation, numerical calculations, pattern recognition, conjecturing, teamwork, leadership—it gave students opportunities to shine in different ways.

One thought on “Tangling and untangling”