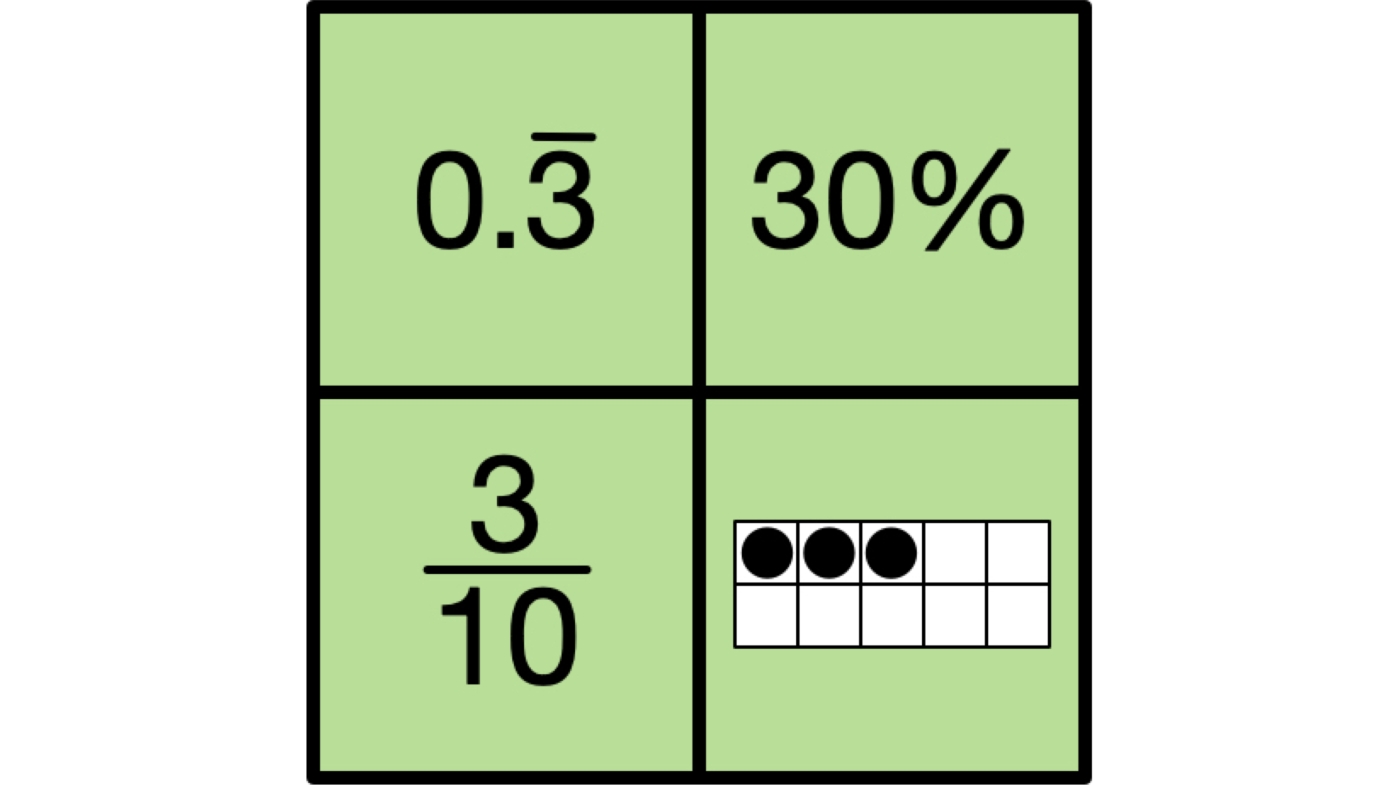 This semester I am redeveloping Mathematics for Primary Educators, the (ideally) first maths content course for our pre-service teachers who choose to specialise in maths. I have a notebook full of ‘things I want to do right’ this time, but it mostly boils down to giving students many opportunities to have mathematical conversations, and for me to learn from their responses. (Side note: this means I’m finally digging deeper into Desmos too.)

I began the first lecture with a WODB (Which One Doesn’t Belong?), presented as a Stand and Talk. (I’ll link this in another blog post.) In this post I’ll talk about the second WODB I presented in the lecture, developed with input from Twitter.

In case you aren’t familiar, ‘Which One Doesn’t Belong?’ is a great prompt for looking for points of commonality and difference. The idea is to identify a property three items have in common that are not shared by the fourth item. Ideally, we can find reasons why each item doesn’t belong. WODB helps students to see that there is more than one ‘right way’ to think about maths. It also provides a good launch point for terminology and for more closely examining particular mathematical properties. For more, look at #wodb, wodb.ca, and Christopher Danielson’s books.

To begin, I simply asked ‘Which One Doesn’t Belong?’ and collected their responses in Desmos. I wanted to elicit the different representations of numbers, as well as terminology and misconceptions.
[Note: I’ll write the top left as 0.(3) for convenience.]

I asked: Are these all numbers?

A second look: the number line

We discussed needing to identify the largest and smallest number so that we could make sure all the numbers fit on our number line. This led to the question: ‘Which is bigger: 3 or 30%?‘ Someone helpfully asked ‘30% of what?’ This led to a need to put all our numbers in the same representation.

We talked about where to put 3/10 = 0.3 on our number line. H suggested we first mark 1 and 2 on the number line. (We talked about placing them at equal intervals.) Someone then placed 0.5 as a reference point. We then partitioned the interval from 0 to 0.5 so it showed tenths, and placed 3/10.

Finally we discussed where 0.(3) belongs. Should it go to the left or the right of 0.3? We started connecting this to place value.

I asked: What role do different representations play in how we perceive a number?

I asked students to find 0.(3) , 30%, 3/10 and 3 on these posters courtesy of David Butler: www.adelaide.edu.au/mathslearning/handouts. I love these posters because they show numbers in different representations, and because numbers appear in the same place when they are on multiple posters. (I slightly modified them to include our numbers.)

From here we progressively discussed our numbers:

We drew the Venn diagram representation and probed what it means to be an irrational number. (Every eye was drawn to pi on the poster!)

We wrapped up the discussion with some ‘give an example of’ statements:

In all, this was a good elaboration of WODB into some of the key concepts of this first lecture.