Last year I wrote a post about using the two simple questions ‘What do you notice?’ and ‘What do you wonder?’ with my maths pre-service teachers to dig into the mathematically-rich image that accompanies Dan Finkel‘s game, Prime Climb. 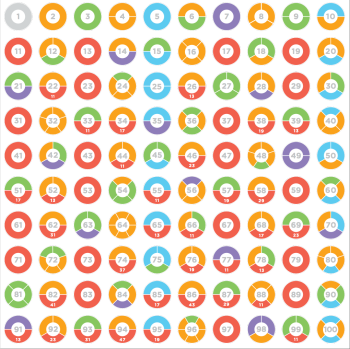 This year, I wanted to turn this into a student-driven rather than teacher-led activity. I also wanted to create opportunities for even deeper mathematical exploration. In this post I’ll briefly outline how this unfolded.

A goal for this year is to do better at helping students be good mathematical colleagues. I’ve been making heavy use of Chapter 12 of Tracy Zager’s book to guide this endeavour. I also wanted to begin using visibly random groups to build our mathematical community. However, I’m mindful it can be confronting to work with complete strangers, so I had students pair up first with someone they knew. (Pairing students up was also to serve another purpose that will become apparent later.) 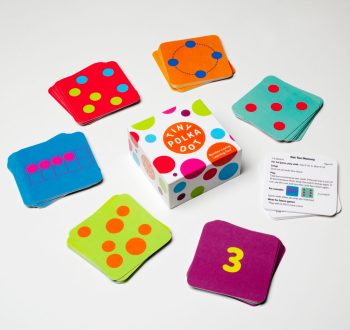 Rather than show students the Prime Climb hundreds chart arranged in columns of 10 (the image earlier in this post), I wanted to foster noticing and wondering by having them construct the charts themselves with mini-cards of the numbers: physically handling, examining, ordering and organising. The (roughly) six students at each table arranged the cards into charts with the number of columns corresponding to their Tiny Polka Dots card (with 1 and 2 corresponding to 11 and 12, respectively). Click on the images below to make them bigger. What do you notice? What do you wonder? 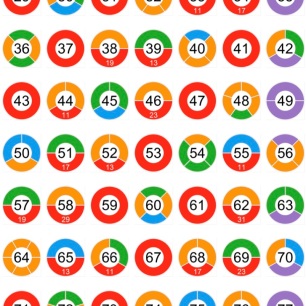 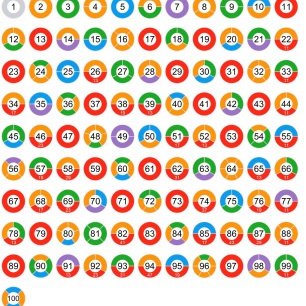 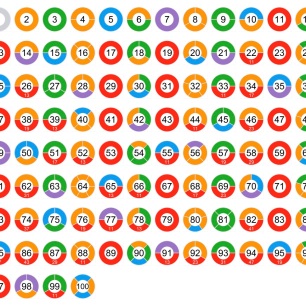 To add impetus to the discussion, I relayed that part of the weekly task (contributing towards their course grade) was to individually write a forum post with at least five things that they noticed and wondered about their charts. It was heartening to see students collaboratively generating lists of their many observations.

The final part of this activity was to have students play Prime Climb in a way that compels them to articulate their thinking. One observation from playing Prime Climb at One Hundred Factorial with David Butler was that playing in pairs had an initially unexpected benefit of making thinking visible. (Side note: Bodyscale Prime Climb—where the numbers are A4 sized and the player is the pawn—is the most wonderful way to experience this game. Walking the board gives a different perspective to the relationship between numbers. You also need at times to shout your thinking across the board to your partner, which really makes thinking visible! Read more in David’s blog post.) We used a modification of the rules devised by David. This is the printable version that I wrote based on the rules that come with the game. 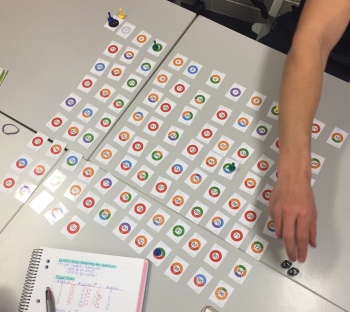 Collaboration and competition reached ear-splitting levels, so much so that we were asked to quieten down from those in the classrooms around us. (I sheepishly and profusely apologised later.) This was definitely a good start to building community.

While the in-class activities concluded with playing Prime Climb, there is so much more exploration provided by the cards. David, and later I, explored the different patterns that emerge when the cards are arranged in different ways. Others chimed in on Twitter with ideas; click the links above or look at the images below for more. The Prime Climb colouring is such a rich medium! 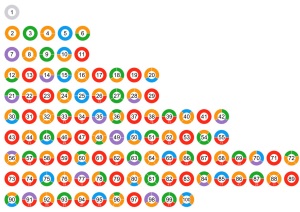 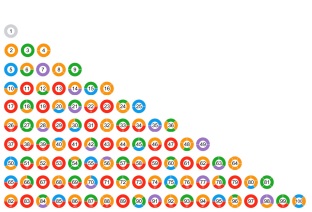